The Business of Words 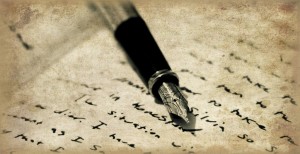 Yes, I’m a writer. Yes, words are my livelihood. But trust me when I say they aren’t the be all end of all of my existence.

There are so many things that just don’t matter to me. A turn of phrase that’s just not right Like when my friend says “It’s water under the dam.” Yes of course it’s water under the bridge or over the dam, but I get her meaning. Whatever she’s talking about is done and let’s move on. (Now, don’t get me wrong, if Mr. Nina said that I’d be all over him like flies on rice … or something like that. *g*)

My point is, there are things that just don’t matter to me. They’re not worth fighting about or in some cases even getting flustrated. (Oookay, that is one of my pet peaves when someone mispronounces frustrated … but I digress) The point is I’m not going to scour the newspaper, magazines or other people’s blogs looking for errors. Lord knows, when it comes to this blog, the number, of errant, commas would probably, drive an editor insane. I refuse to throw stones or cast aspersions that may possible bring someone here screaming that I’ve masacred the English language. I do it every day. If not publically on my blog, then quietly as I pound out my next story. I’m terrible with “your” and “their”. Not because I don’t know how/when to use them, but I don’t always see when I’ve used them wrong. (Sometimes my heart aches for my hardworking editors. I love every single one of them!)

Still, there are people like Gene Weingarten who lament that the English language is dying a quiet, agonizing death at the hands of newspapers who are cutting back on the use of copy editors. Half the mistakes he pointed out would not cause me to hesitate … but then … that’s his point.

END_OF_DOCUMENT_TOKEN_TO_BE_REPLACED

Plugged In = Tuned Out?

I love all the new technology. Weeellll, not all of it. Okay, probably not most of it. I’m what you call a techno-idiot and I resist upgrading or downloading anything until the device has wires hanging or so many error messages that I can’t make it function.

But my children? Totally in love with anything gadget.

And I was going to say it is their generation, but that’s not the case. There are plenty of people my age who wouldn’t go anywhere without their Smartphone where they can tweet, email and update their facebook status from anywhere.

Ummm, what about interacting with the people standing right in front of you??!!

When my children were going through school we didn’t have the internet. No, it wasn’t 1970…it was within the last decade and I didn’t want to have to deal with policing them when I didn’t really know much about it myself. They had to do their research the old fashioned way … encyclopedias. *Gasp* Oh, the horror! There was no facebook and cyber-bullying wasn’t even a word.

Simpler times for sure.

Now, they’re as plugged in as their friends. (And mom is getting there.) But we’ve banned cellphones at the dinner table (because we get together so infrequently these days). But on our recent family vacation, every kid under the age of 25 had their phone in their hand nearly every minute of the day. I have no idea if they were texting or updating internet sites. The point is…they didn’t put them down.

And companies are making it even easier for them to stay connected. Cars and phones with facebook status update technology have made it so people (not just the twenty-somethings) don’t EVER have to unplug. Crazy. Where is the mystery of the morning-after phone call following an awesome first date? Where is the living in the here-and-now?

No one is going to stand up at a funeral extolling the number of friends on a Facebook page or how fast someone could text. I just worry that we’re going to get so caught up in the technology and forget that life is NOW and you need to enjoy the people you are WITH.

And yes, I completely see the irony of putting this whole diatribe on my blog … just go with it. 😉