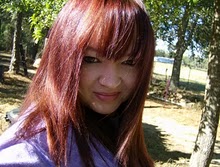 Being in the publishing industry, or any business, you have to have a tough hide as the expression goes. And I do. It is difficult to offend me either personally or professionally. Though I would rather you insult me as an individual than insult my work with no good reason. People being uptight and afraid of the subject of sex is not a good reason.

I can tell the difference in someone meaning “smut” as a joke or as a serious remark too. One of my friends recently called me a “smut writer” and I laughed and went on about my day. He wasn’t trying to insult me. I know other writers who take the term in stride and say, “Heck, yeah, I write smut.” I just can’t do that. I grew up in the South and “smut” and “trash” are still bad words here.

I wouldn’t classify my writing as straight erotica either. So, I thought just for the sake of discussion, (and probably hilarity) I would break down what I think common terms referring to romance novels mean.

“Smut” to me is just filth. It’s the stuff where they use offensive words to refer to female parts and the men in the stories are jerks. “Trash” is about the same, give or take a few jerks. “Erotica” is tasteful, graphically described sex. The plot in these stories is often sexual in its very nature, making the story more about sex than other romance. I do, however, put most erotica still in the category of romance. Unless it’s meant to be straight up kink. Which brings me to “kink.” This is fetish sex, graphically described. If done well it can be erotica. If done poorly, it’s trash.

Finally, we come to the term I believe best describes my work. (Of course it’s paranormal romance, but I’m talking about in broad terms.) “Erotic romance.” These stories also have graphically described sex scenes. But you know what else they have that sets them apart? Feelings. In order for there to be romance, both the characters and the readers need to feel something. (Besides arousal) Generally, there is also a great deal of plot and character development. The main focus remains on the growing relationship of the main characters, but doesn’t forget there is more to the story than sex. There’s also more to writing any kind of romance than writing the sex scenes. Anyone who thinks differently has never read a romance novel. It’s easy to turn up their noses at things they have no knowledge of.

One of my latest books, Till the break of Dawn, has the longest love scene I’ve ever written. It’s sixteen pages long. I call it a love scene rather than a sex scene, because there’s much more to it than just the sex. This moment has been building since the beginning of the story, and like most romance novels, it’s been building to more than just the characters taking off their clothes. There are emotional issues that must be addressed.

So, to sum everything up: When someone throws aside all the work I’ve put into developing the characters and the story line and just because there’s sex in it calls my work “smut,” it chaps my ass.

Please enjoy this EXCERPT from Til the Break of Dawn:
“Are you sure you want to be here?”

I stepped into the room and dropped my purse beside the door, closing it behind me with my foot.

He leaned forward slowly, then faster than I could imagine he had me pressed back against the door. He lifted me with both the force of his body and the passion in his kiss. As I rose higher, whether by his vampire powers or those of his body, I did not know, I wrapped myself around him.

Whatever it was that Marcus did for me I didn’t want to lose it. I didn’t want to walk away from him and never feel again what I felt tonight. No one had ever touched me the way he did, and it had nothing to do with my body.

His hands slid beneath my shirt and I arched against him. I hungered for the feel of his skin against mine. My need for him was so sharp that it could easily have been considered pain. It was then that I glanced over his shoulder and noticed the drawings. Pictures of me. They were everywhere.

Marcus paused, sensing my distraction. He looked behind him.

“I’ve missed you,” he said softly.

He lowered me to the floor and I walked over to the bed. For several moments I was speechless. How could he possibly have gotten these? We didn’t use a camera that night. But as I drew closer I understood. They were drawings. Images of me lay spread out before him as my body once did.

I reached to touch one and felt him move closer against my back.

“This is how I remember you.”

My eyes stung with unshed tears. “I never looked like that.”

Marcus tilted my face up toward him. “You look like that now. That same look in your eyes. It took me years to get it right.”

He was killing me. Had I really left him? Why was it again I chose to stop seeing him? Looking into his pale green eyes, I couldn’t for the life of me remember.

“And what look is that?”

I knew he was going to kiss me again and felt my lips parting in anticipation as I rose on tiptoe to meet him. Despite the heels on my sandals, I still needed the extra lift. I expected him to say “desire” or “passion” or even “lust,” anything but …

The word was whispered against my lips as I fell into his arms. His soft, gentle kisses were an answer to so many unspoken prayers. He deepened the kiss, taking my mouth as he once had my body: completely. I opened my mouth and all of my being to him. If Marcus had asked for my soul in that moment, I would have given it.

He moved the pictures aside with one scoop of his hand and deposited them on the nightstand. When Marcus turned back to me my breath caught. Since he was so tall, he always bent slightly forward when he was around most people. The only time I ever saw him rise to his full height was inside the ring. As he looked down at me now, his hair fell forward framing his face and his pale eyes seemed to come alive in the semi-darkness of the room.

The fire that burned behind his eyes might burn me, but I no longer cared.

“Your eyes are glowing.”

There were two lamps in the room and he reached for the one that wasn’t lit.

“Do you want more light?”