Start with a Name

Life has taken on a new kind of normal. As many of you know, Mr. Nina and I have been bumping around the northeast, hoping life–and more specifically, the healthcare field–would settle down enough that would could set down some new roots ourselves. Well, it’s finally happening and hopefully we’ll be able to get back on track with our career goals. And for me, that means finding my way back to writing.

One of my goals for the last couple of years is to find my way back to my SHIFTING BONDS series. And I’m excited to say it’s finally heppening. Yay Me! I’m stepping back into the books cautiously, but optimistically. Hopefully the end of 2018 into the beginning of 2019 will see these sexy shifters back out in the world!

Being the visual person that I am, I can’t even get one sentence down without knowing exactly who my characters are. And it’s not so much who they are and where they came from, as a pantser that stuff just sort of unravels itself while I write. Nope, I’m talking about their names. 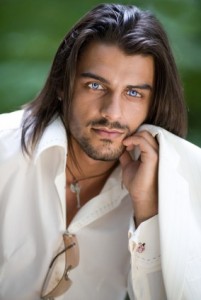 That’s right. You should see what I go through to discover who my characters are. I start with the site Baby Names. I usually have an idea of at least a letter which helps with my search. And some names are easy to eliminate. I mean you don’t want an hero named Edwin or Arthur. Neither of those names conjure up a sexy alpha hero capable of being both commanding and gentle. (But Cole … there’s a name can work with!)

The same is true when it comes to naming your heroine. Hester, Evelyn and Ruth bring to mind grandmothers, not kickass women ready to save the world. That doesn’t mean that in certain situations the name doesn’t work. I’m just talking 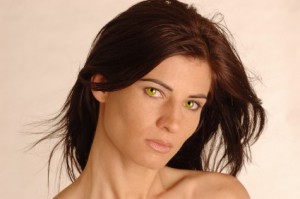 If baby names doesn’t work for me, I use Random Name Generator. What I like about this site is I can decide how obscure I’d like to make the name. And if that doesn’t work, I end up rifling through the phone book.

Once I have their full name and I’ve got an idea what the character looks like in my mind. I go to Female Celebrities and List of Male Actors and search out famous people who most closely fit my vision. I like to choose people in the media because I can google their images and find a couple of pictures that I can put on my character profile. But sometimes, like in A TOUCH OF LILLY, which has a very sexy alien, sometimes only the talent of my cover artist captures the character. 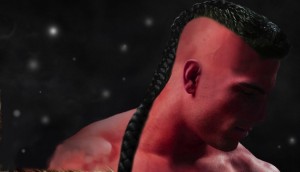 Once I have the pictures of my characters I put them in a document and make lists of eye color, hair descriptions and body characteristics (like tattoos) as I’m writing. Often times the characters quirky habits or their childhood backgrounds are added to the list as well. The nice thing about all of this is that I often don’t intend to write series stories, but inevitably, I fall in love with characters and want to continue their story. These photos then can be used when the characters decide I haven’t quite finished telling their story.

Probably more information than you ever wanted to know about all the hoops I jump through to meet my characters and begin writing a story, but there you have it. 😀

Out of This World Sexy

One of the reasons I love reading and writing romance is falling in love with hero even as he chases down a criminal, fights his internal demons and of course … falls in love with the heroine.

But my sexy romantic suspense sci-fi A Touch of Lilly has TWO heroes to love! Dallas, a human FBI agent and his sexy humanoid partner, Thaegan aren’t expecting the human bounty hunter they interrogate will become their willing partner …

Dallas swigged the last of his Regent’s ale. Anyone who’d been watching would believe the human’s alcohol consumption would have him waxing the floor with his face. The fact he staggered away from the bar barely caused a ripple of interest. But when he bumped into the Braugtot alien disguised as a human female on the dance floor and made a rather lewd body motion—several aliens took notice.

“Baby! How about you dump this loser Ka’al and come home with me?” The words slurred from Dallas’ mouth as he wrapped himself around the Braugtot’s body. From the smell he even wondered if it was really female. But whatever the sex, the jealous Ka’al reacted just the way he’d hoped.

“Rrracht narctch, rraollk.” She’s with me, asshole. Beefy hands grabbed his shirt and flung him through the air. Dallas landed unceremoniously on the nearest table, breaking up a quiet conversation between two Xericks.

Sometimes he hated this part of the job. Dallas came up swinging. A left hook to one head and a right uppercut to the second and the male Xerick went down, taking out several unsuspecting Drikspa dancers. Dallas ducked as a chair flew.

Alcohol, male hormones and boredom created the diversion they’d hoped for. The fight spread like a virus through the tavern. Dallas avoided a tussle between two Ka’als, took down another Ickbata and made his way toward his partner, hoping Thaegan had managed to stop Lilly before she got through the door with their man. A very unladylike scream from the front of the bar confirmed that the alien had things under control in that area.

Dallas pushed his way to the door, watching Grebetz slip out onto the street, a Xerick close at his heels. “Gamma Team. Phase two. Znedu loose. Track him and report.” It was all he got out before meeting up with Thaegan and Lilly.

“Roger that,” echoed in his ear.

“I’ll let you up if you stop fighting me.” Thaegan had the woman face down on the floor, her arms behind her back. The Ka’al was more than twice her size, still Lilly kicked and bucked, trying to work herself free. As the fight around them escalated, Lilly’s body stilled, but not her mouth. Dallas didn’t know many dialects, but it was clear Lilly knew the word asshole in all thirty-two common languages of the Nebulae Galaxy and several more he’d never even heard of. He had no doubt the words she strung with it would have gotten him several weeks detention from the nuns at St. Christopher’s Academy back home.

He bent low and met her eyes. “Lilly, we have no intention of hurting you.”

The fear in her eyes softened to confusion and immediately hardened to anger.

Well, didn’t this just suck? Lilly had no idea how’d she’d gone from mentally counting her reward to a face plant on the sticky floor of the tavern. No amount of maneuvering had budged the three-hundred-pound Ka’al holding her down. And now the man who would star in her nightly fantasies for the next month stared at her with an amused expression.

Though Lilly knew fighting wasn’t going to get her anywhere, she screamed her frustration and kicked out, trying to dislodge the monster holding her down. She only managed to slam her foot into a table leg, which just pissed her off all the more. Dallas didn’t do a very good job of hiding his amusement.

“If you know the asshole doing chiropractic on my spine, could you kindly ask him to let me up?” she asked, her tone dripping with sweetness.

Dallas nodded and the Ka’al stood, hauling Lilly to her feet in one effortless move. The alien’s mahogany skin glistened with the coppery sheen of a man under stress. His muscular chest, barely covered by the deeply V’d tank top, heaved. Holding her down had taken no effort, but the energy she’d tried to use on the Znedu was still high and the Ka’al was paying the price of touching her.

Lilly’s body pulsed and throbbed. Her nipples were oversensitive and her sex tingled. There was no way in hell these two guys weren’t also feeling the effects of the current snapping in the air. If the residual energy she’d pulsed through the Znedu hadn’t done it, then her anger at being stopped at the door would be enough to have these males dropping to their knees. If only the Ka’al would let go of one of her hands, she might be able to do a little more work up close and personal.

Lilly leaned toward Dallas and yelled over the confusion, “I didn’t need saving this time either, but thank you again.”