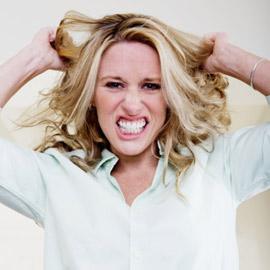 I’m a creature of habit. I don’t pretend otherwise. I mean there are times I can be spontaneous, but mostly I’m happy plodding along with some semblance of a routine. Yeah, it’s sort of boring, but it works for me.

Which means when something screws with things the way I like them, it makes me all prickly. Like this blog for instance. For years … years I happily typed up my posts and posted them to the Internet. Yeah, there were always these big strips of yellow on the top of my dashboard proclaiming how behind the times I was and wouldn’t I please update the WordPress software. But I refused. Because I knew their new fangled up-to-date version wasn’t going to look or act like the old version that was as comfy as the jammies I was working in.

But then I had the wonderful idea of doing an overhaul and Tracy Cooper-Posey just did a slow eyeroll when she realized how outdated the platform was that I was using. After we revamped the Block, giving it a sexy new look that fit better with my website, she made me promise, promise to faithfully do the updates when they appear. And I have. I close my eyes and go through the steps, knowing when I open them again, nothing will be the same.

It’s not fair. There should be an option to update the backend (that’s all the stuff I can’t work anyway) but keep what I see exactly the same. But nooooooo, they have to screw with something that’s already working.

Oh, and WordPress isn’t alone. Goodreads changed where they put things in their drop down menus. Followed by photobucket. And then Twitter wanted me to upgrade and add all their new bells and whistles. (Of course that only turned me off and kept me from going over there for the longest time.) And don’t even get me started on Facebook … the update, new fangled app, change-your-settings-every-other-day KING!

And even Google changed how I view images! Why?

Don’t they understand there are techno-idiots like me barely hanging on by a cyber thread pulled so taut that one more new-fangled-who-dinger may be just the thing that drops us into the deep pool of 404 error … page not found!

What about you? Are you one of those tech-savvy people who love everything new and sparkly or is the cyber-verse a territory best left to the professionals? Because you know me … I need to know if I’m alone in all of this!

Why? Why do they want to cause the

Wow! This post last week generated a lot of discussion. Thank you so much to all of you who stopped by and shared. Because sometimes stepping up to the plate and offering an opinion means taking a risk. This is especially true in this day of the internet when nothing dies. Opinions, rants, daily diaries, pictures and every other minutae that gets posted on blogs, twitter, facebook or any other social media may eventually slip quiently into the cyber black hole of the internet, but someone, anyone with a keyboard and half a brain can venture into that quagmire and suck it out of the morass of the blogosphere.

Which is exactly why so many people are extremely cautious about what they put in writing on the Internet. I, on the other hand, treat my blog like any other part of my life … if it’s a thought in Nina’s head it becomes public information. (Notice I said thought, I have plenty of secrets that aren’t mine to spill. Though sometimes I’d like to. 😉 )

I really am a firm believer in putting it out there, dealing with it, then moving on. I’ve had my fair share of cry-fests with friends over something sensitive or hurtful. But instead of letting it fester, I laid it on the table and named it. Yeeeeeah, and I’m not always tactful about it either. (Hence the tears.) There have been times when it became the proverbial bandaid that I pulled off so fast it took skin with it. Those moments are replayed in my memory banks and I cringe at my lack of judgment to move a little more cautiously. And though I’m learning to be a little less abrasive, it doesn’t stop me from spewing whatever is bugging/intriguing/exciting/hurting/upsetting/embarrassing me at the moment. And I have to say, I’ve never, not once, lost a friend because I let my feelings be known.

Oh, you better believe I’ve taken people by surprise. Truly, not intentionally … it’s just that my filter broke, umm, er … oh, when I was born. And yes, “open mouth, insert foot” is something I am very familiar with, though less and less since I have learned about both patience and discretion. I still feel there would be fewer misunderstandings if people would speak up about how they feel (and if someone would invent a sarcasm font … but that’s a subject for another post). Yes, it’s uncomfortable. Yes, sometimes it means putting yourself out there and taking a risk. But I really believe that opinions should be shared. Not with the intention of having someone else think like you, but perhaps to expand another person’s world.

I didn’t always see through the lenses I have now. Experience and people have shaped and defined how I perceive the world around me. Someone sharing their insight, making a suggestion or even expressing how they’re feeling about something I’ve done  has  helped me change and grow.  Because of other poeple, I think I react to new situations with more poise and maturity (stop laughing, I can fake acting like an adult). I don’t have to like someone else’s opinion. They don’t have to like mine. But the sharing may change us both.

So what the heck does this have to do with my blog? Everything.

I’d like to think I don’t shy away from controversal topics. I throw them out there, hopefully with professionalism and a touch of witty snark. And it’s not only about blogging, but all aspects of the writing profession from agents and editors to readers and colleagues. I think people should stand up for themselves and their beliefs, especially if it goes against the grain. Just because it’s status quo doesn’t mean it’s the best way to do something. It’s important that people talk about things rather than letting them stew. Man, I’ve just seen too many people who didn’t speak up, become frustrated and unhappy. Life’s too short for that … IN MY OPINION. 😉

So what about you? Do you have a hard time sticking up for yourself and/or voicing an opinion (especially if it doesn’t jive with the masses)? Are there times when you think it’s worth it to keep your feelings close to the vest. Or are you like me and just let everything flap in the wind and hope the sail you made doesn’t carry you into shark infested waters? Because you know me I’m noey, a busy body, insatiably curious.