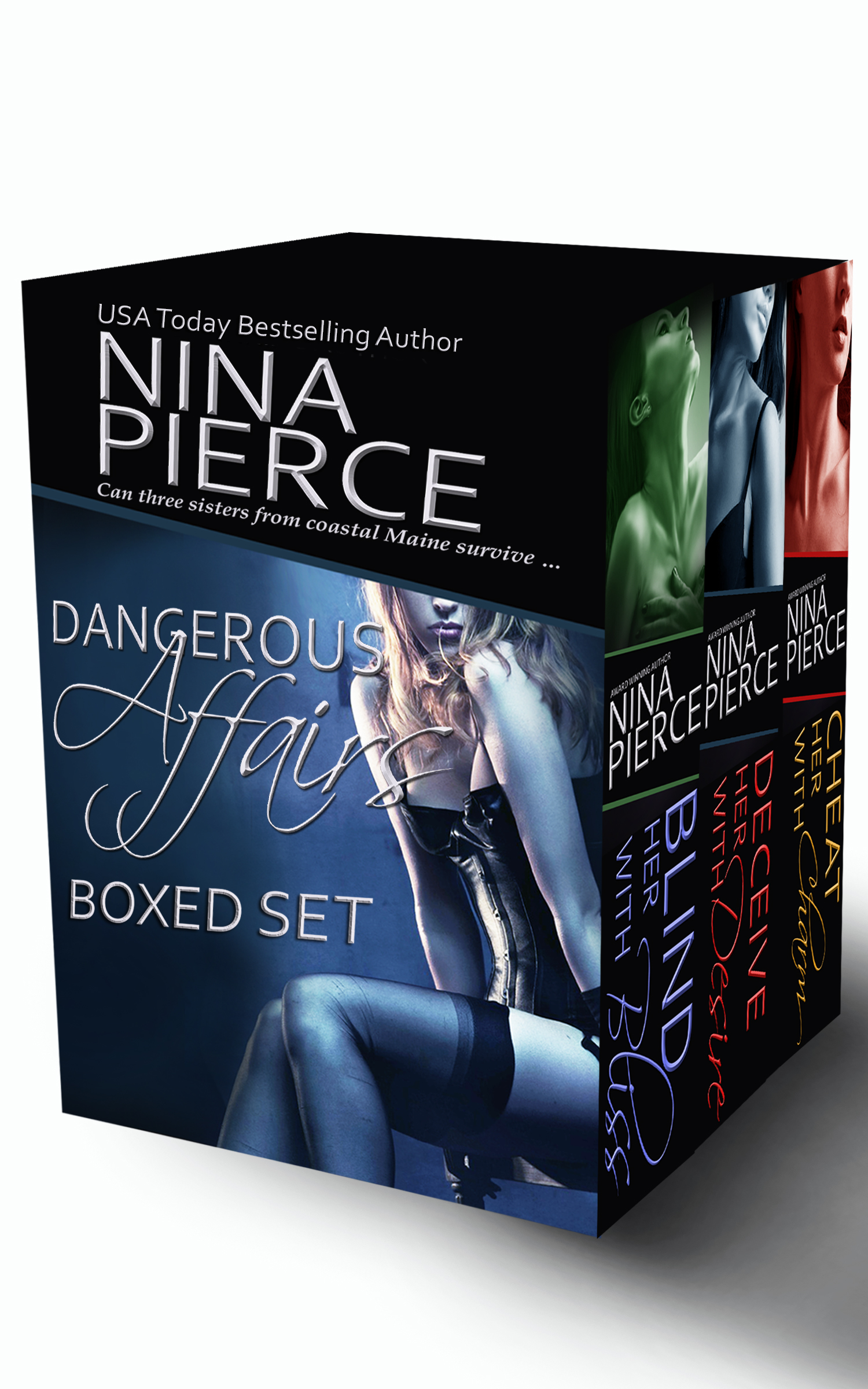 BLIND HER WITH BLISS:

She’s trying to find herself. He’s attempting to hide. Together they’ll discover a truth that threatens them both…

A woman determined to protect her heart. An agent hell bent on proving himself. One night that changes their lives forever…

Landscaper, DEIRDRE TILLING had no way of knowing that attending her friend’s party would throw her into a dangerous world of corrupt businessmen and police stings. Of course her sexual romp with undercover DEA agent, AYDEN SCOTT only pushes her deeper into the drug smuggling ring running up the Maine coast. As the heat rises between Deirdre and Ayden, one thing becomes painfully obvious…their relationship has jeopardized his mission and now someone wants them both dead.

CHEAT HER WITH CHARM:

He’s got a secret past. She’s got dreams for their future. Together they have a problem that may just kill them both…

Floral designer, MEGHAN TILLING, has been in love with her fiancé since college. With her business, his promotion and a family illness, she’s finding the demands on her time are keeping them apart. PETER MADDOCK loves his fiancée with a fierceness that claws at his soul, but finding answers to his past becomes an obsession he can’t ignore. When bizarre accidents threaten Meghan’s life, he wonders if his secrets have finally caught up with him. Can they both discover the truth without paying the ultimate price …their lives?