Why Chocolate Might be a Better Choice than Sex

And today I’ll share with you 13 reasons I think chocolate is better than sex.

1. There’s no such thing as bad chocolate.

2. A bag of M&M’s brings you multiple pleasure… every time.

3. I never had to pretend a cheap piece of chocolate was “the best I ever had”.

4. No busy day, foul mood, menstrual cramps or headache ever kept me from eating chocolate.

5. A hersey’s miniature never tried to pass itself off as a full-sized candy bar.

END_OF_DOCUMENT_TOKEN_TO_BE_REPLACED

With Easter on it’s way, I couldn’t resist a list of why chocolate is better than sex.

1. There’s no such thing as bad chocolate.

2. A bag of M&M’s brings you multiple pleasure… every time.

3. I never had to pretend a cheap piece of chocolate was “the best I ever had”.

4. No busy day, foul mood, menstrual cramps or headache ever kept me from eating chocolate.

5. A hersey’s miniature never tried to pass itself off as a full-sized candy bar.

6. I’ve never woken up in the morning with a strange box of chocolates in my bed. 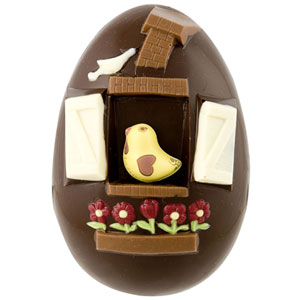 7. You can share another woman’s chocolate without feeling guilty.

8. I never had to wait until the kids were in bed to enjoy chocolate.

10. A box of chocolates lasts a really long time.

11. Let’s face it… you can have chocolate anywhere. Even your grandma’s house.

12. I’ve never been embarrassed that someone overheard me enjoying a piece of chocolate.

13. I’ve never had an awkward moment of silence after eating a Dove bar wondering if it was a good decision. 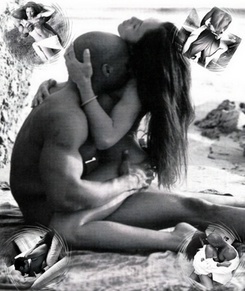 Don’t Mess with a Romance Writer

The story broke two days ago. I must have read about it just a short time after it was released. I was in tears for Judy Mays. I wondered if the administration of the school was going to suspend her or worse. As a former teacher in a small town I know how rumors take on a life of their own and often steamroll over people and leave devastation in their wake.

But happily for Judy and her family, none of that happened.

What followed was a tidal wave of support on twitter and Facebook from the romance community (and many others) that warmed my heart. Judy’s situation went viral and authors all over stood up and shouted at the top of their lungs “Oh hell no!”. Within hours support on the facebook page topped 1,000 followers. Within 24 hours it had gone over the 5,000 mark and it’s still climbing … exponentially! Students, former students, parents, authors, heck people who only saw the story on the news, have all banded together to say that a teacher has a right to a private life. But it’s the romance community circling the wagons that just makes me smile. Despite the difficulty of acquiring contracts, romance authors support and encourage one another.

I know Judy. I had the privilege of meeting her at Romanticon in 2009. The woman is funny and kind. I have no doubt she makes English come alive for her students. And 33 years? Well, she’s got to love her job to stay with it that long. Despite the rough bumps she may have had to endure as this was unfolding, I suspect the publicity has give her sales a veeery nice bump.

I sure hope she and her family are able to take a nice, long summer vacation on someone’s small-minded stupidity!