Taking a Bite Out of Suspense

When I decided to sit down and write a fireman story I had no idea Reese Colton was a vampire. But as the story unfolded so did his history. And I gotta tell you, he’s one hot vampire!

A bet. It had taken a stupid poker game to make Reese realize how fear had kept him from a relationship with the woman in the wine cellar office. He dropped the empty wine cask in the pile in the corner before storing the last dozen wine bottles in the rack. A busy few hours had passed, 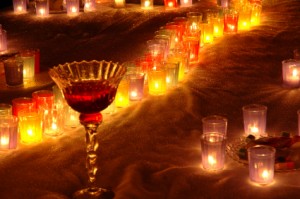 bottling blood wine and packing and filling orders for the couriers.

“I could get used to this.” Alex leaned against the door frame, her crossed arms showcasing her lovely curves. In the heat of the wine cellar, he’d taken off his shirt and, she’d stripped down to a strappy little black tank that had his fingers itching to touch. “I hate to admit it, Colton, but you’ve been a huge help this morning.”

He strode across the room and gathered her in his arms. The smile she flashed melted his heart. “A definite perk.”

She shook her head, her sassy crop of red hair brushing her chin.

Chris here yet?” he asked.

“He called to apologize. He’s running late. Won’t be here for another couple of hours.”

He couldn’t take his eyes off her. Her cheeks flushed a sexy shade of pink. Each ragged breath she took brushed her breasts against his chest. “I haven’t even taken you on a proper date. I could at least buy you lunch.”

“Do I look like I’m hungry for food, Colton?” She snaked her fingers in his hair and nipped her teeth along the stubble on his chin. “I’ve been wondering what’s taken you so damn long to notice me.”

“Oh, I noticed everything about you, Alexandra Flanagan.” He cupped her face in his hands and kissed her nose. “This cute upturned nose.” His lips fluttered over her lids. “The sky blue color of your eyes and how they darken when someone pisses you off—or turns you on—though I didn’t know that 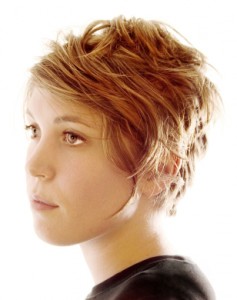 until now.” He wasn’t sure if the blush creeping up to paint her cheeks was from embarrassment or the sexually charged air. Whatever the cause, he liked it and continued. “The sweep of your long lashes when someone compliments you.” Reese lifted Alex’s arms above her head, hooking her fingers on the sill of the door. “The way your breasts look in these little tanks when you reach for a bar glass.” His palms skimmed down the soft flesh of her arms, leaving goose bumps trailing behind. He brought his hands down her torso, eliciting a sigh as he grazed the soft swell of her breasts. His fingers curved around Alex’s narrow hips and he gently pulled her tight to his body. “The way your jeans ride low and show off that tribal tattoo on the small of your back.” Reese’s hands finished their exploration by palming the mounds of her ass. “The sweet curve of your bottom when you bend to get extra napkins.”

“I just thought you were unusually messy.” Alex smiled at him, her eyes growing darker, communicating desire she didn’t verbalize.

His teeth grazed along Alex’s neck and he realized the sexual energy had lengthened his fangs. She seemed unfazed by their appearance. It had been a long while since Reese had allowed himself this freedom with a woman. His last liaison had been a one-night stand the previous winter with a human female in the city after too many hours fighting a fire. Hopped up on the adrenaline rush, he’d been unable to keep his beast under control. As they’d fucked like horny teenagers in the backseat of his Buick, his fangs had lengthened, his body screaming to be satiated by her blood. In fact, if Josh hadn’t called his cell phone just as they’d finished the deed, Reese was sure the woman would have left his car missing several pints of blood. His lack of control had shaken him and kept Reese from sleeping with another human.

But vampires. That was another story all together. Long-ago promises squeezed the breath from his lungs and Reese pulled back, staring at the desire clouding Alex’s heavy-lidded eyes. He wanted to take this chance and enjoy the feeling of a female vampire in his arms, her teeth piercing his flesh. But sometimes the past reared its ugly head, rising up in the present, making it impossible to move forward.

“What is it?” Alex whispered.

She licked at his canines, sending electric currents of lust jolting over his nerves. “I’ve always known your bite was worse than your bark, Colton. Your teeth don’t frighten me.”

She’d misunderstood. “It’s so much more complicated than I can explain. I don’t know—”

“Today.” She grazed her teeth along his jaw. “Let’s just share today and not worry about tomorrow.” She bit his earlobe, her breath feathering over his skin. “To hell with the consequences.”