He already knew that. “I suspect he’s thinking he won a whole lot more.” He bent and kissed her velvet cheek before climbing back into the taxi cab. Mikal rarely came to earth in human form, but today Cupid’s army worked special magic on lost souls and broken hearts. And every once in awhile they got to check on some of their most successful cases. 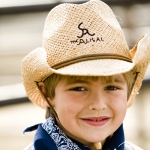 “Mister, hey mister.” The young boy dressed in a cowboy outfit standing on the sidewalk and banging on his passenger window couldn’t have been more than eight or nine. “I need your help.”

He rolled down the window. “I’ve got someone to pick up, kid.”

“You can’t. I’ve got something important for you to do. Real important.” Determination furrowed his brow.

Mikal had a schedule and with only six more hours until the portal closed, he didn’t really have time for complications. He absently picked up the Starbucks cup, a double iced cinnamon dolce latte with whipped cream, his one vice whenever he had to hang out on earth. He shot the kid an indifferent look. “Where do you need to go?” Children were Gabriel’s problem, but it didn’t mean he couldn’t get this lost kid back to his parents.

“You really drive this thing? I mean, I don’t mean to be picky or anything, but I woulda thought angels could fly or something.”

Mikal choked, whipped cream spraying on the steering wheel. “What did you say?”

He leaned into the car through the open window. “Listen, I saw your glow from upstairs. And all these people are going all gooey when they see you.” He hooked a thumb over his shoulder as an angry couple stopped, looked at each other and apologized, falling into a hug and deep kiss. The kid was right. It was part of the magic he’d been gifted.

“So if you’re not an angel,” the boy said. “Then I’m expecting the Men in Black to show up any minute.”

No one but the dying and animals usually saw him. But this kid had certainly piqued his curiousity. “No aliens here. Get in.” He flipped the roof light off so people wouldn’t try to jump in with them. “What do you need?” he asked as the boy climbed into the front seat. “Are you mooning over some girl and you want her to pay attention to you at recess?”

The kid rolled his eyes. “Think I’d bother you for something stupid like that? Sheesh, it’s my parents. My mom came here to talk to my dad. He’s a famous baseball player.” He shrugged. “She doesn’t know I know. I mean, he doesn’t live with us or anything and I’ve never met him, just what I see when we watch his games.”

“But she told you about him?’

“Nah, she told me my dad and her were divorced after she became a banker. That was awhile after I was born. But the way she said it, I never really believed her. I found some letters from him last year hidden in the back of her closet.”

“You shouldn’t be snooping in someone else’s stuff.” Mikal took a deep pull of his coffee.

“I wasn’t. Honest.” The boy studied him. “You don’t have any connection with Santa or anything do you?”

Mikal swiped his mouth with the back of his hand to hide his smile. “No, different cloud entirely.”

“K, well then the truth was I was looking for something.” He shrugged. “It’s not so much that I miss having a dad, but my mom, she’s so sad all the time.”

Mikal sensed there was something the boy wasn’t telling him, but he waited him out.

“I have cancer,” he said it so quietly as if the disease were his fault. Mikal could barely hear him over the rush of the traffic in the street. “I’m pretty sure I’m gonna die and I don’t want my mom to be all alone. I went looking to see if I could find something. And I came across all these gooshy letters and stuff from a guy named Kurt. He never mentioned me. I’m thinking he doesn’t know he has a son.” He toyed with the zipper on his windbreaker. “Kurt Dittrich is my mother’s favorite Yankee. She cheers for him at every game.”

“I’m not sure how I can help.” Mikal worked miracles, but not in such a short time if they were in different cities.

“You can help by making sure they fall in love again. Dur!” He shook his hands in the air. “What’s your job anyway?”

Mikal couldn’t help but laugh. “To bring people together. But they’ve got to at least be in the same place.”

“I wrote to Kurt Dittrich and told him I was sick and I wanted to meet him and I’d be here at the Plaza today. Then I asked mom to take me to a broadway show on Valentine’s. She thinks I’m down here talking to the doorman and getting a cab.” His small hand wrapped around Mikal’s forearm and he covered it with his own, healing flowing directly into the child. The boy looked at their joined hands and smiled. “You just gotta use your angel magic and make them fall in love. Please, you just gotta. It’s my only chance.” Tears welled in his eyes.

“Jon! Jonathon Leavy!” A pretty blond in jeans and peacoat hurried out of the hotel. “Have you seen a little boy about this tall?” she asked the doorman.

“There she is,” the kid said. “Help me, please. Don’t let her leave until he gets here. Break your engine or something.” He opened the door and hopped out. “Please.” He waved his arm toward the door. “Mom, I’m right here.”

“Jon, you scared me right to–” She started toward them and barrelled into a man with a baseball cap and sunglasses, his head down. Their collision nearly knocked the woman over, but his strong arms wrapped around her waist and held her.

The man took off his glasses, his gaze going soft. “Kate? Kate Leavy?”

“Kurt Dittrich? It’s been … it’s been a really long time.”

“Yeah it has.” He brushed the hair from her face. “And you’ve grown even more beautiful.”

Even Jonathon could see the sappy way his mother looked at the man and he was pretty sure it had nothing to do with him being a famous baseball player. The angel had done his job. He turned to give him a thumbs up, but the taxi cab was gone. And he suspected … so was his cancer.

HAPPY VALENTINE’S DAY ONE AND ALL 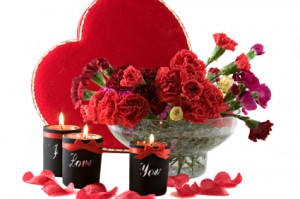