Really Universe … You Want to go There? 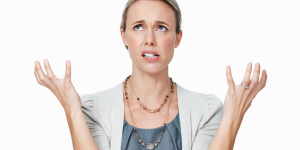 I know. I know. In the nine years since starting this blog I’ve never been this inconsistent posting. But really, every time I think I’m getting my feet on the ground, life knocks them right out from under me and straight on my @$$ !

A little over five years ago, Mr. Nina lost his job at a hospital in northern Maine where he’d worked for 22 years. No problem. I had really been wanting to move for a very long time. I was tired of living in the willy-wags in the middle of nowhere, where the most excitement came from my weekly trip to Wally-world for grocery shopping and social time (because everyone was shopping)!


Mr. Nina found a job right away in Rhode Island, but it took 6 months for us to sell our house. In the spring of 2011 we packed all our worldly possessions, put them in storage and the three cats and I joined him in a furnished apartment. Life was good and exciting and the two of us were starting on a new adventure. We worked diligently to buy a house in our new state, but despite our best efforts, and supposedly a “buyer’s” market, we couldn’t put in a winning bid on any house! (And we tried with FIVE houses … including a short sale that got derailed … went into foreclosure … and we lost a SECOND time). Weird. Very weird.

Turns out it was a blessing. Mr. Nina, who was working nearly 70 hours a week for a year and a half, gets let go from his job because someone screwed up the hospital contract and his bosses weren’t taking the blame. Ooookaayyy … we could manage, we had savings, our stuff was in storage and we had a great place to live. Mr. Nina puts himself out there — again and … *cue crickets chirping*.

Ten months. (May I just add an aside right here … the healthcare system is REALLY hurting in this economy.) Ten months of interviews that never turned into anything. Ten months of unemployment and hardship.

But then, the weekend of our daughter’s wedding, he’s offered a job in Vermont. Not where I thought I’d live, but hey, I’m game. We move, lock, stock and barrel, get our worldly possessions out of storage and stacked in the basement of a rental home and begin making a life for ourselves in another new state.

Our plans included building a handicapped house for me!

Then the unthinkable happened again … Mr. Nina lost his job. (Thankfully before we signed the closing papers on the house, but heartbreaking nonetheless.) We are living in this weird alternate reality with nothing coming together. We moved all the boxes back into storage and moved into a rental cottage on the beach in Maine. LOTS of interviews and temporary jobs later, Mr. Nina was offered a job in NH. Another state … another move. But we found a lovely rental in a great neighborhood and life moved on.

Yeeeeeah, not so much. Mr. Nina has been through 2 jobs while we’ve been here (did I mention how unstable the medical field is at the moment?), and 6 months of unemployment. He’s on his third job which unfortunately is too far from the home we rent for him to commute. We tried to find a home to rent near his work, but that was a no-go. So we spend the weeks apart and he comes home on the weekends. 🙁 We’ll be dong this through the spring at least. Hopefully at that time we’ll find a home and finally sleep in the same bed.

You’d think with all the quiet time that I’d be able to get so much done … just the opposite. With all the turmoil I just can’t wrap my head around life right now. I know many writers find solace in losing themselves in stories, but that just isn’t how my muse works. So writing and blogging have taken a backseat. I’ve got plenty of stories in my head … and a couple of series readers have been asking about. But at the moment, I can’t seem to focus enough to pull it all together.

There are no words, I know. Even our family is stunned beyond belief. I know there’s another window opening somewhere and we’ll find it, step through and manage to land on our feet. I’m just hoping it happens sooner, rather than later this time. Cuz I’m really looking forward to getting settled and reorganized. Prayers. White light. Good thoughts. All of them are appreciated.

I just wanted you all to know I didn’t fall off the edge of the earth, I’m just currently hanging on by my nails and can’t type to blog or write stories at the moment. 😉