The Sweet Winds of Change? 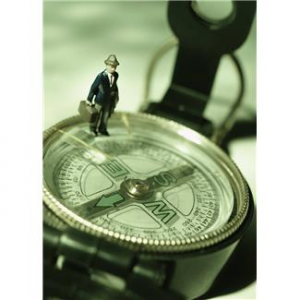 It doesn’t matter what you’re talking about … eating or writing habits, methods of doing things or anything else. It’s just so easy to stay with the comfortable. “Because that’s how it’s always been done” is a common mantra. But if pressed, most people don’t know WHY it’s done that way. To take that one step further, some people are unwilling to admit that times have changed and perhaps the reasons for doing something a particular way are no longer valid.

I don’t mind change. It makes life interesting. But Mr. Pierce … not so much! I like analyzing and reevaluating to streamline tasks. It’s just how I’m wired. Change is good IMO. It keeps you from falling into a routine and not growing.

But what if you want to be the voice of change? Ah, now we have something different. The change isn’t internal. It’s not something I can control about myself. It’s showing others that a change may be appropriate and beneficial.

I grew up in a family where we were not only given the opportunity to express our opinion, but encouraged to do so. As the middle child of five I became really good at being heard. I’ve been accused quite often of stating my opinion as fact. Of course I do. If I was having a heated discussion with 3 or 4 family members I needed to believe what I was saying or I’d get chewed up and spit out! LOL!

Things haven’t changed. I offer opinions even when not asked. But it’s taken me yeeeaaars to realize most people don’t handle conflict well. They don’t enjoy a discussion over trivial things, let alone something that strikes an emotional chord. They avoid it if at all possible. So I’m learning how to temper it so I don’t steam roll over others … notice I didn’t say I don’t, just that I’m trying.

Conflict is uncomfortable. I get that. But if everyone would just state their opinion and back it up with rational reasons (and when emotions are involved we all know rational is a relative term) then a discussion happens, compromises are made … change begins.

Publishing is one of those industries where everything is moving forward and evolving at a rapid rate. Writers should be stepping back, re-evaluating their goals and make sure their actions are in-line with what they’re hoping to achieve. (And this is different for everyone.) If individuals are doing this to remain current … doesn’t it follow that national, and yes, local organizations should do the same?

Change is hard. I get that. It’s so much easier to stay at the status quo … because it’s what we’ve always done. But that doesn’t necessarily take you on the right path. I encourage everyone to stand up for what you believe in. It may not be the popular stand, but it may be the right stand.

I’m willing to accept that my opinion isn’t that of others and the status quo may remain. But if I don’t stand up, if I don’t express my feelings then there is no hope of change ever happening. And to remain stagnant in this day and age is just a personal injustice.