I Can Name That in …

What’s in a name? Everything I say. I can’t start on a book until I have figured out the perfect name for my characters. Never mind that I know very little about the story or about where I’m going save for a very vague map of where I’ll end up.

I have to have names. 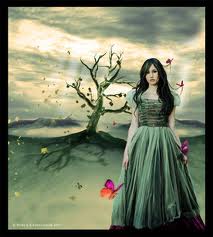 I’ve been getting a lot of feedback about my science fiction story “A Touch of Lilly”. People love the story. What they’re not enjoying are the odd descriptions of aliens and names of planets and such. Interesting. It never occurred to me that I could drive people crazy by reading weird names.

Kind of silly that I didn’t think of that since I’m one of those readers that actually “says” every word I read in my head. I have a hard time enjoying a story if I can’t decipher the pronounciation of every character. But here’s the thing I think that makes wrirting different. I created the characters/places/aliens. They’re logical in my head. Silly I know. But there it is.

That’s most of them. I’m sure there are more. What do you think? Difficult to pronounce? Would they drive you crazy as you stumble through them in a romance?

What’s really interesting is that I pride myself on finding new and inventive words when I’m creating a new world. My intention is not to create a stumbling block–just the opposite in fact. I just want to create a something new and different that the readers can fall in love with. But now I’m wondering if I’ve gone a bit far. What do you think? Have you put down a book because you couldn’t get past the names the author chose?

Here’s an excerpt from one of Lilly’s encounters with an alien:
“Happy you make with human leader?”

Lilly wanted to laugh at the ridiculous interpretation the translator had made of the Ickbata’s come-on line clicking and popping in her ear. In her relaxed state, her energy had filled the air. Just as well, she could use a little distraction and the televid certainly wasn’t providing it.

She smiled over at the Ickbata’s hopeful expression as he slithered onto the stool beside her. They weren’t bad little aliens if one didn’t mind the smell of leather. “Kal auct ral tsk, pa?” Buy me a drink, stranger? It was a question she could ask in the twelve most common languages.

“Several. If that’s your wish,” the Ickbata clicked, moving closer. One of his scaly appendages snaked along her thigh-high boot. “If your body was sexy, press me against it?” It was the contact males craved when they were near her. The energy was power and power meant control.

Lazily, Lilly trailed a finger down his arm. The flesh rippled and she watched with satisfaction as the Ickbata’s jade eyes glazed in a sexual fog.